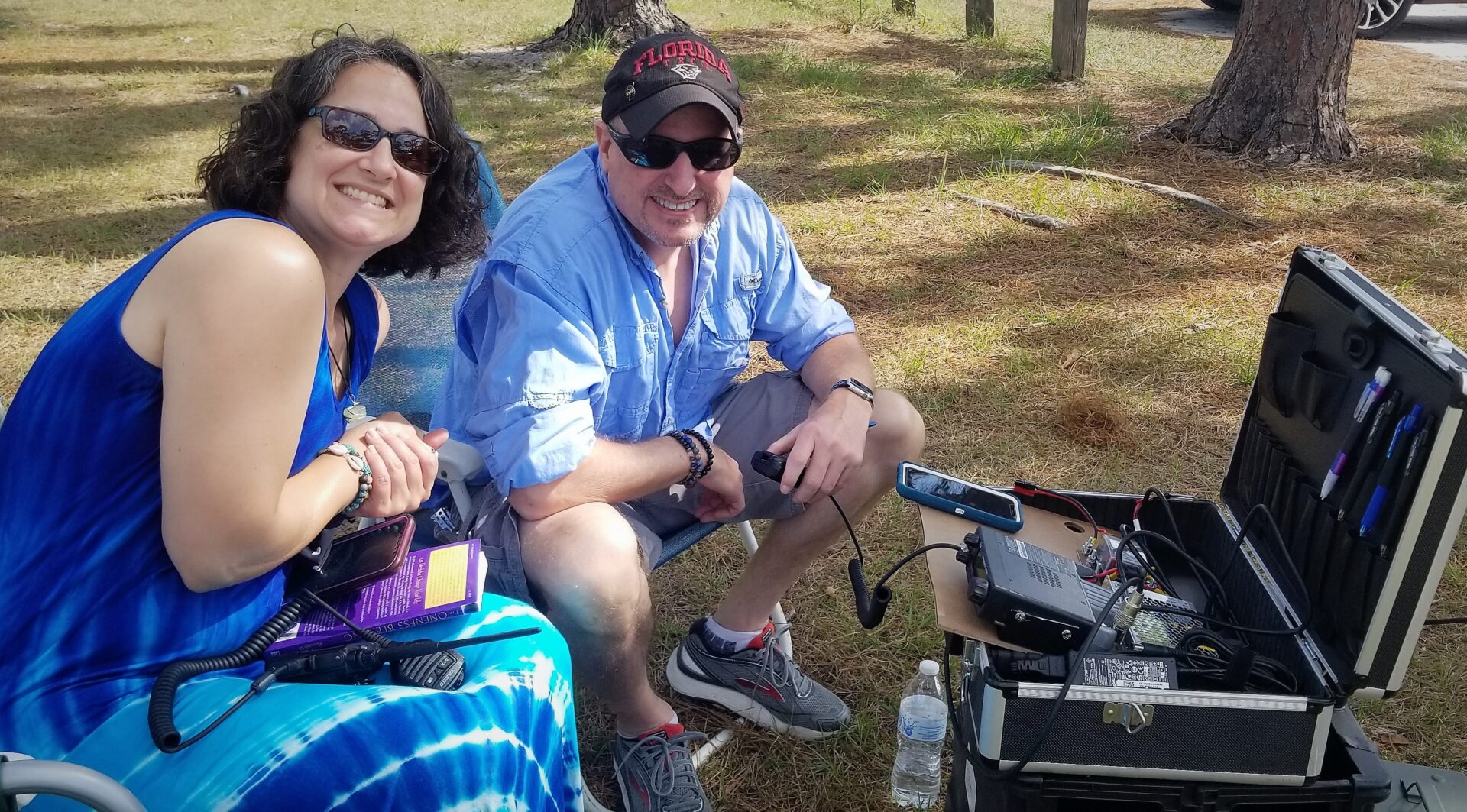 On the Saturday morning of Memorial Day weekend, May 29, 2021, members of PCARS got together to further the club’s emergency preparedness. The crew assembled at the club shack location at the city of Melbourne Fire Training Center. The purpose of the exercise was to get some more members familiar with the set up and operation of the go kits, and to test the radios’ operation in the field.

Prior to this exercise, members had been encouraged to Adopt a Go Kit. This involved checking out a go kit and taking it home for a checkup and overhaul. Members charged the battery for the radio. They also updated the software and charged the batteries for the notebook PC.

The exercise started off with a short demonstration of the go kits for those who were not yet familiar with the components and operation. PCARS has six identical go kits. The major components of each kit:

Once everyone was familiar with the equipment, the crew split up into teams. One team went north to Wickham Park. Three groups spread out and set up stations on the grounds of the Fire Training Center. The last group headed south to a private residence near the southern Melbourne city limits and set up in the backyard. This put five of the six kits into the field for testing. The other kit had been tested separately earlier.

With the help of the W4MLB station in the club shack, a directed net was established using the PCARS 146.610MHz repeater located at Holmes Regional Medical Center. After testing communications with all stations through that repeater, the group transitioned to the PCARS 146.850MHz repeater located near Turkey Creek in Palm Bay. Once all stations established a connection there, the group finally tested station to station traffic using the PCARS default emergency simplex frequency of 146.580 MHz. One kit had to have the battery replaced, but all communications were successful.

The exercise exposed several areas where things need to be improved. The emergency committee will get together and improve the programing and settings of the radios. A few additional components will also be added to each kit. One more ladder line J-pole antenna needs to be constructed. If there is enough interest, we could have a club project where members could make their own.

The antenna design is very practical. It can be built at a very low cost, and has several qualities which make it a good choice for an emergency, field deployable, antenna. They can be rolled up and stored very easily, and hung just about anyplace. During our exercise, the antennas were hung from low tree branches, and the eave of an outbuilding. Plans can be found in many publications, and of course on the internet.